One component in our measuring of a basketball lineup (NBA Lineup Evaluator), is the predictability of what a lineup will do offensively. Using NBA.com’s play type statistics, which Cranjis McBasketball outlines well in this article, we can measure how frequently a player uses a specific play type. If you aren’t familiar with the play types, we recommend you check out Cranjis’s article, but here is a quick list:

It is important to note that these frequencies are generated from how often a player shoots out of those play types. It is also important to note that these play types are heavily influenced by the coach. The offense implemented and the freedom given to players will determine which play types are most often used. Additionally, the type and skill level of teammates will also affect which types of play type a player shoots out of. For example, Kevin Durant’s play types changed from OKC to GSW. He shot in isolation 14.9% of the time in OKC and 11.5% in GSW.

So, in order to get a measure of diversity from play types for a specific player, we calculate the overall diversity from the individual play type frequencies using this formula (where i = playtype):

To roll up to the lineup level, we simply weight each player’s individual diversity score by his usage (where i = playtype and j = player): 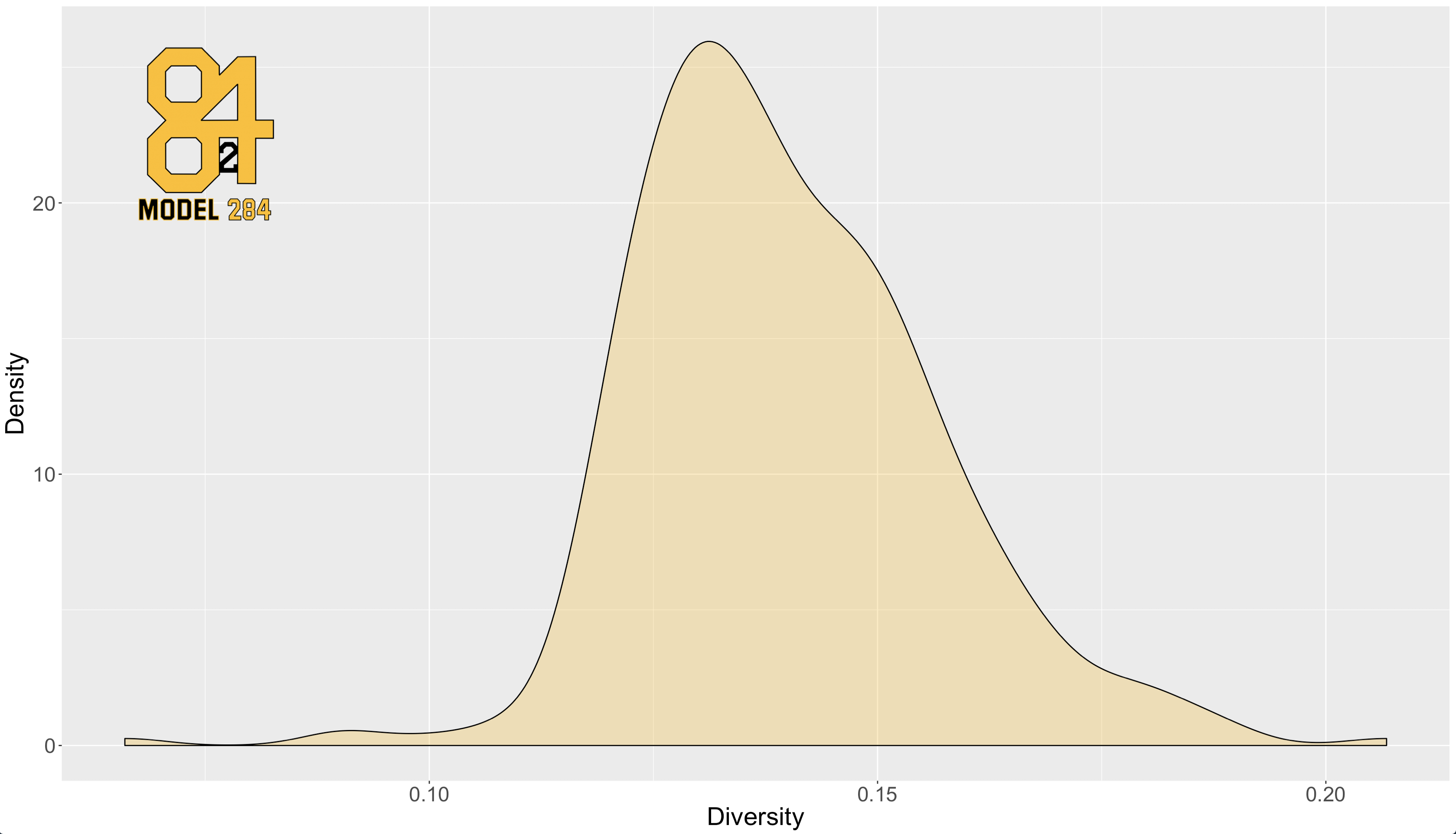 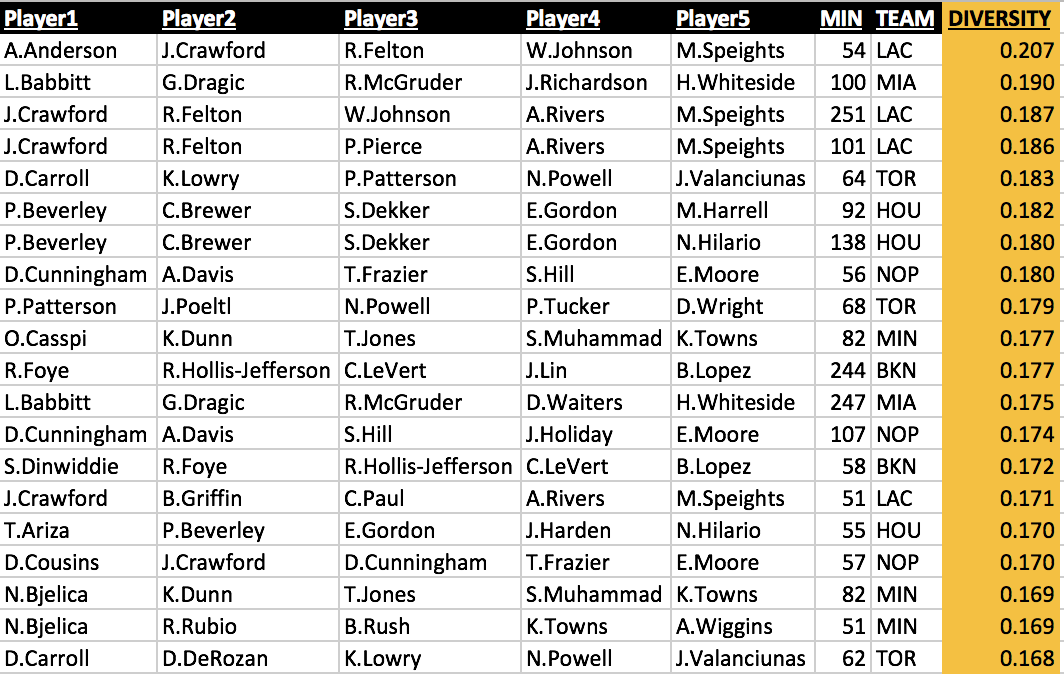 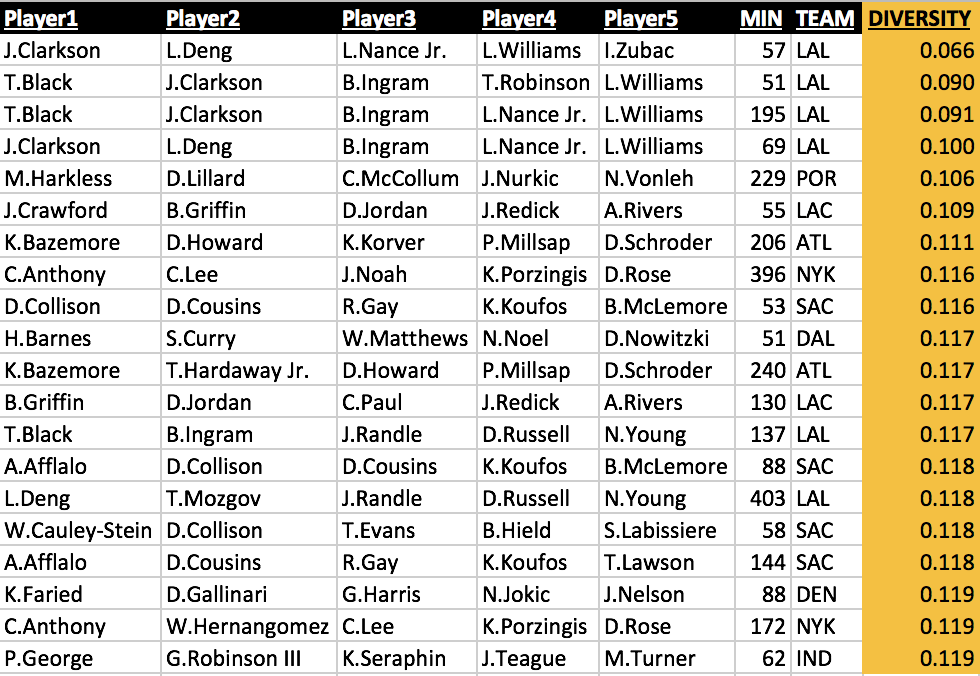 How does Diversity compare to Offensive Rating? 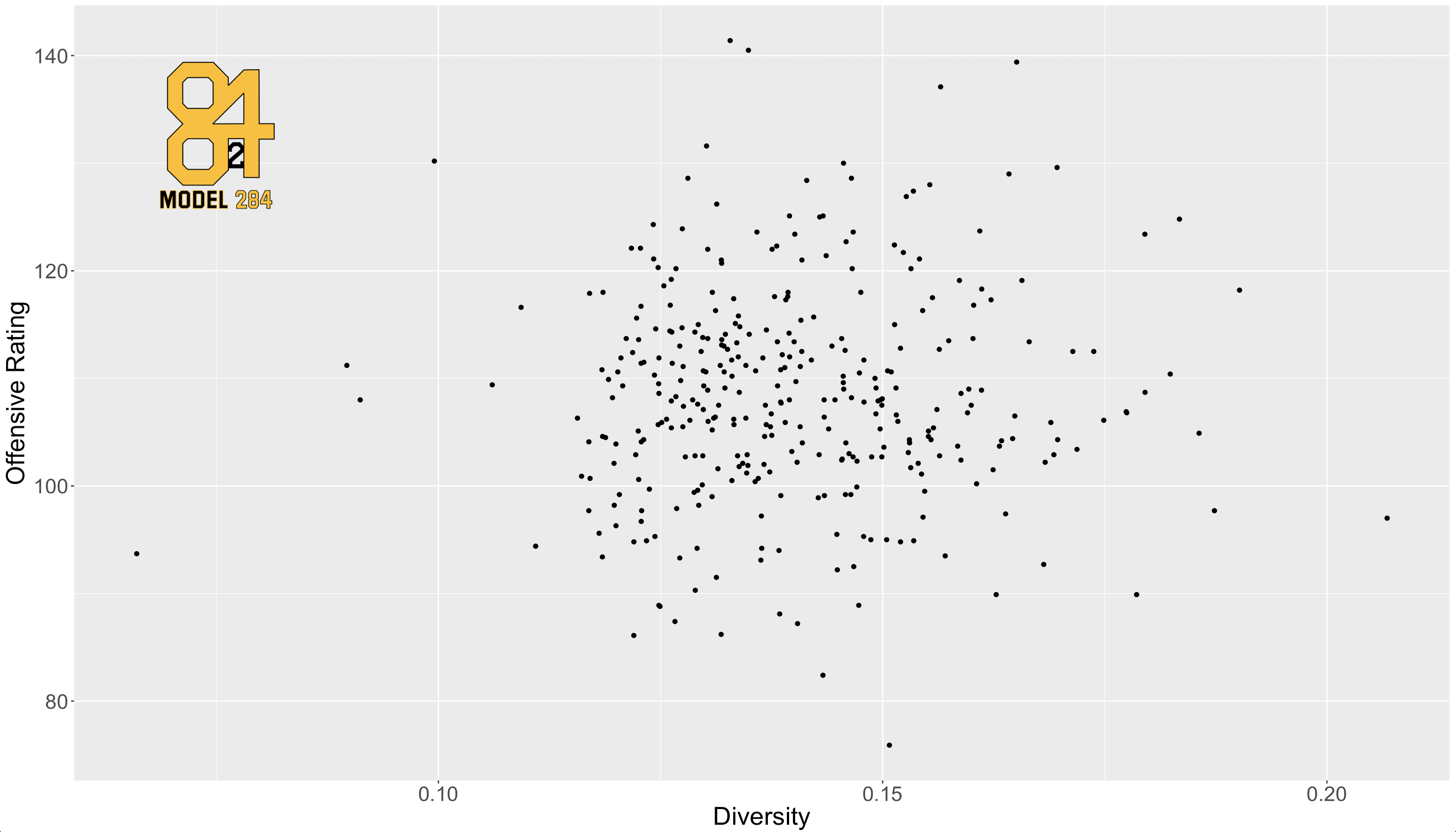 While it’s difficult to directly tie diversity to offensive or defensive performance, there may be a number of additional factors affecting the apparent lack of relationship (as plotted above). Furthermore, are some play types more efficient? Most likely. If that’s the case, you probably want to use those play types more. Seth Partnow did a dive into synergy playtypes early in his career, found here, and Nick Restifo with the Minnesota Timberwolves did some further work on Playtypes Varying Importances. Next, how much influence do coaches have on the play types used? Probably a decent amount, and thus at least part of this measurement can be attributed to coaching. Even though there may not be a direct relationship with offensive lineup performance, this at least serves as an interesting study and something to expand on going forward.