Below is our projected bracket for the 2018 NBA playoffs. These probabilities were generated from a combination of models that are built on data from the regular season. Keep in mind that teams who had significant injuries in the regular season may be undervalued by the models. Likewise, teams who have players that played through the regular season but are injured for the playoffs are likely overvalued (e.g., the Boston Celtics).

Lebron James and the Cleveland Cavaliers have consistently been a thorn in the side for our predictive models. Just like last year, the Cavs once again had an underwhelming regular season where they struggled (or didn’t care?) on defense. However, Lebron-led teams always find a way to crank it up to 5th gear for the playoffs. In an attempt to account the Lebron effect we added some player level variables to our models such as total MVP’s won by players on the roster, All-Stars on the roster, as well as some advanced stats like box plus-minus, value over replacement and usage percentage for each team’s best player. For more information on our modeling techniques check out our methodologies page. 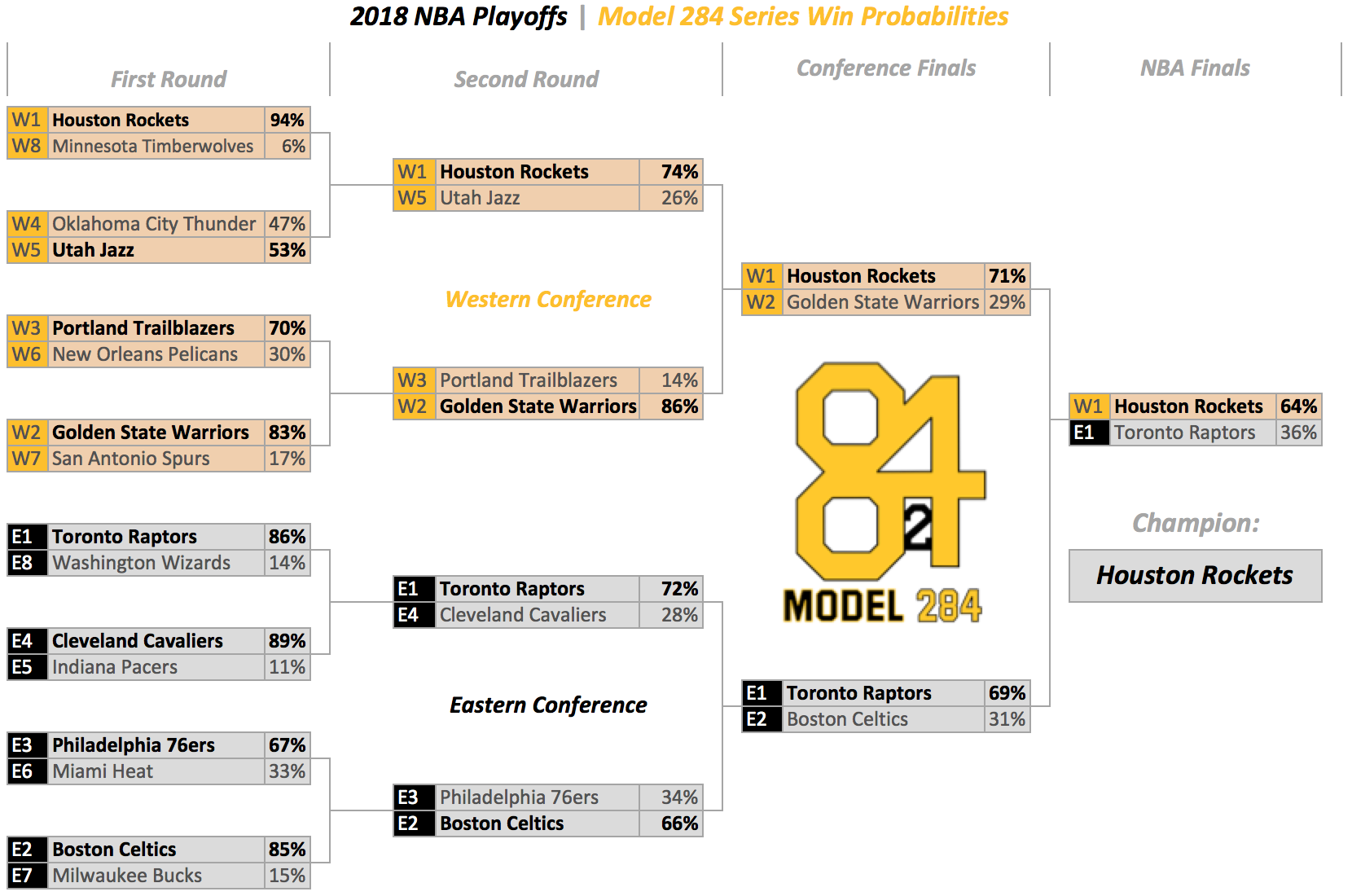 Below are the results of 10,000 simulations of the 2018 playoffs, displaying the probability that each team advances to a given round: