The tables below provide our predictions for all games in the 2019 NCAA Tournament. The tables will be updated after each round of the tournament, with new games/predictions added as they become available. A brief description of how to interpret the predictions is provided above each table, and a summary of the historical accuracy of each model is provided at the end of the post.
END_OF_DOCUMENT_TOKEN_TO_BE_REPLACED

The first week of March Madness is in the books, and so far the tournament has been more predictable than usual. Five teams seeded 11 or higher made it past the first round, but only one of those—Oregon—made it through to the Sweet 16. They, along with five-seed Auburn, were the only teams to advance through the first two rounds who weren’t seeded four or lower.

All this chalk means the brackets in our Model 284 pool are in pretty good shape. None of you has lost your champion or runner-up yet, a remarkable occurrence given that thirteen different teams were finals picks of one bracket or another. Fifty-eight of your seventy-two entries haven’t lost a single Final 4 team. Thirty-one of you could still have a perfect Elite 8 as well. Last year at this stage, the leader had 470 points. This year, in a pool of almost the same size, thirty people have a higher score than that. And it’s not just our pool who has had it good; for the very first time, someone in the NCAA Bracket Challenge picked the first two rounds perfectly.

So long story short, your brackets look pretty good. All of you correctly picked all of the one- and two-seeds, save for the brackets “JGR Official” and “Official 2”, which officially got too cute by picking Montana over Michigan. Liberty, Iowa, and Baylor’s victories threw you off the most, but even still, each of those teams were picked by around a quarter of you. 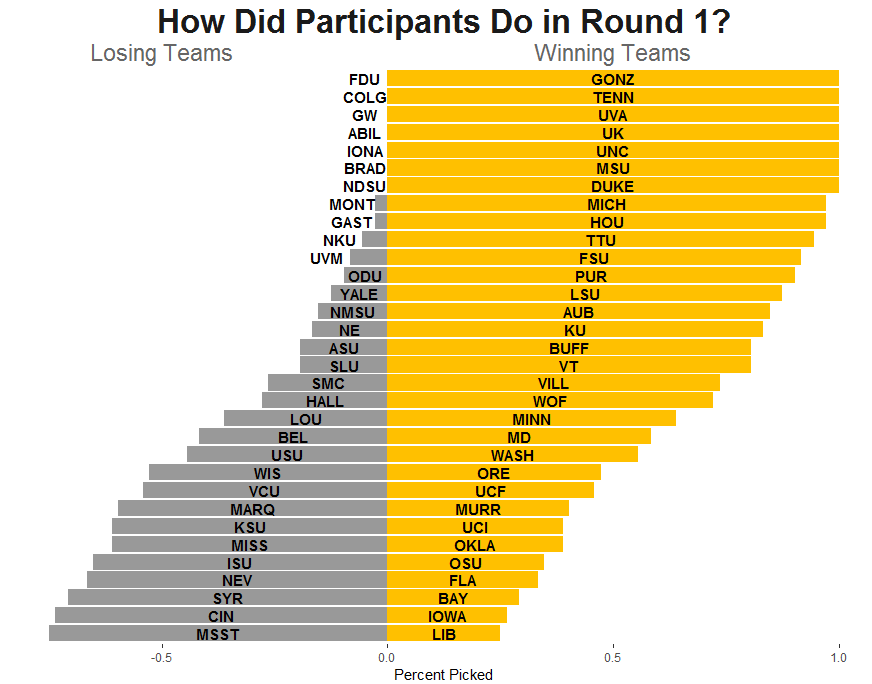 Your Sweet 16 picks were equally impressive. Everybody picked Duke to make it to the second weekend, though UCF came dangerously close to proving you all wrong. Save for one, each given Sweet 16 team was picked more frequently than the three others vying for its spot. The exception was 12-seed Oregon, and even then, they were picked by more of you than 4-seed Kansas State and almost as many as 5-seed Wisconsin, Oregon’s two lower-seeded competitors. 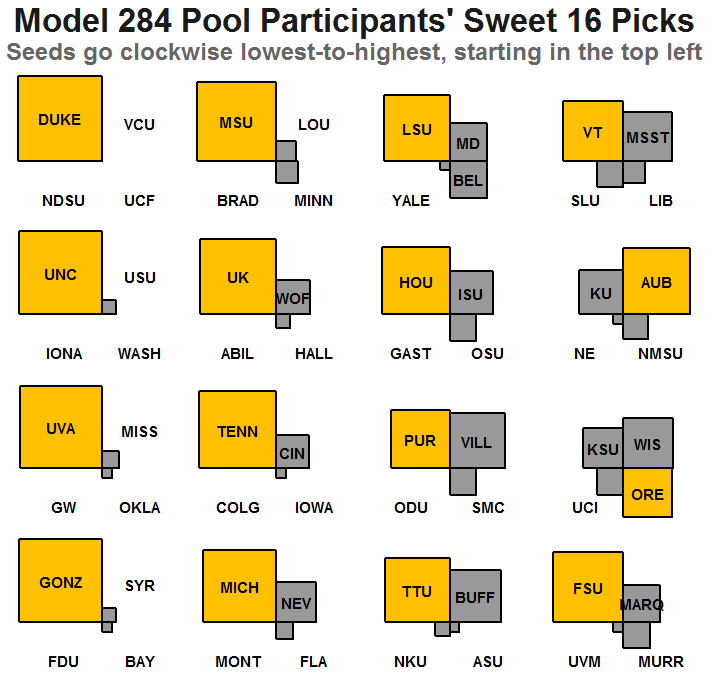 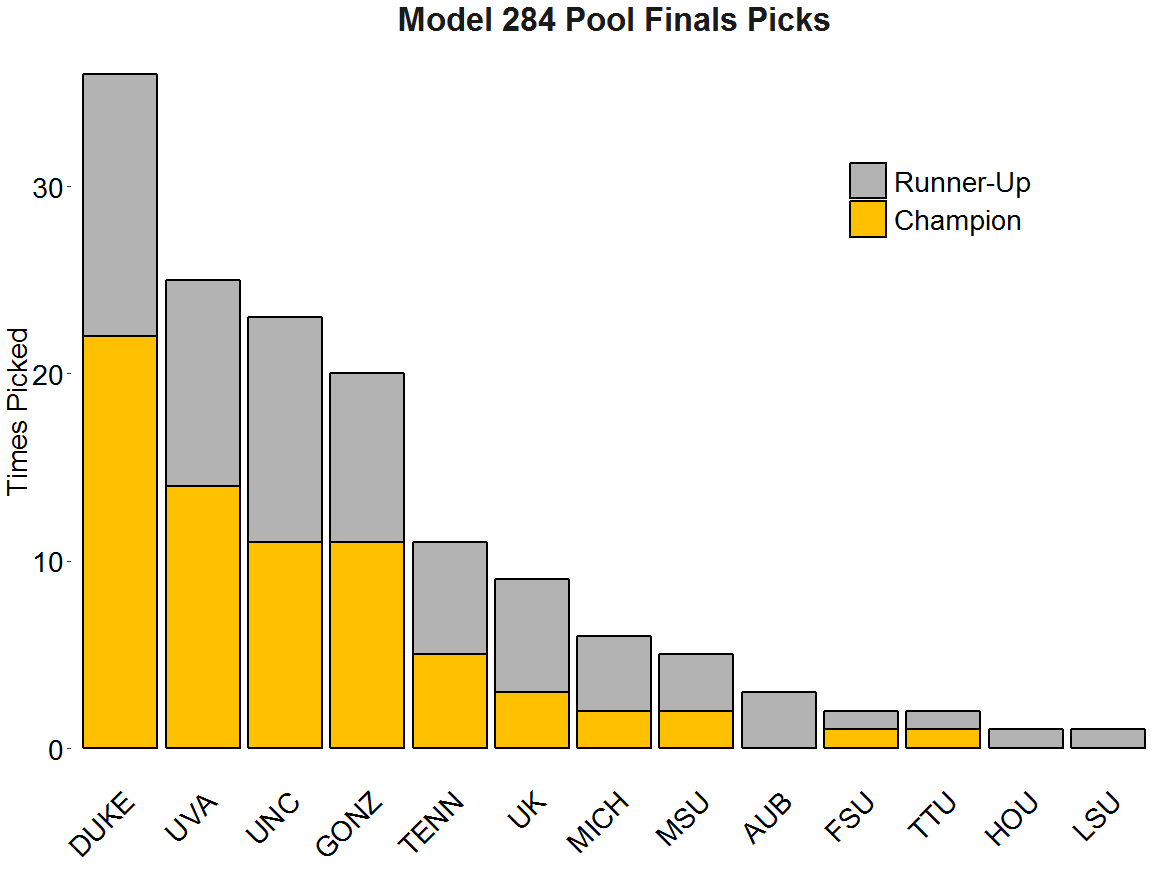 Below is our Model 284 consensus bracket for the 2019 NCAA Tournament. As you will see from our Game-by-Game Predictions and Tournament Simulation results, our bracket does not necessarily advance our model’s predicted winner for every single game. Rather, we use a combination of (1) our model’s individual game predictions, (2) our tournament simulation results, (3) injuries / other factors not captured by our models, and (4) consideration of public picks – to make sure we are differentiating our bracket enough from the most popular choices. For those interested, here is a bracket filled out purely using model predictions. END_OF_DOCUMENT_TOKEN_TO_BE_REPLACED

The article below shows how our models view this year’s tournament field from a simulation perspective. Each table shows the % chance that each team advances to a given round of the tournament (e.g., in the first table, Duke has a 97% chance of advancing to the 2nd round). These figures are calculated based on 60,000 simulations1 of this year’s tournament, which were performed using win probability predictions from our models. Note that play-in game teams are subject to change and are denoted with an *. END_OF_DOCUMENT_TOKEN_TO_BE_REPLACED

Can you beat the Model? Enter a March Madness bracket into the group Model 284 for a chance to take on The Model. The winning bracket will receive a $100 Cash Prize and Second Place will receive a Model 284 Quarter Zip!