The NHL playoff models use individual player and team regular season statistics to predict the probability of a given team winning an NHL playoff series. The models input first round playoff matchups and build off them to create predictions all the way through the Stanley Cup Finals. Below is one model’s predictions for the 2015-2016 NHL Playoffs.

Look for further articles and more information about the NHL prediction models as the Stanley Cup Playoffs near. 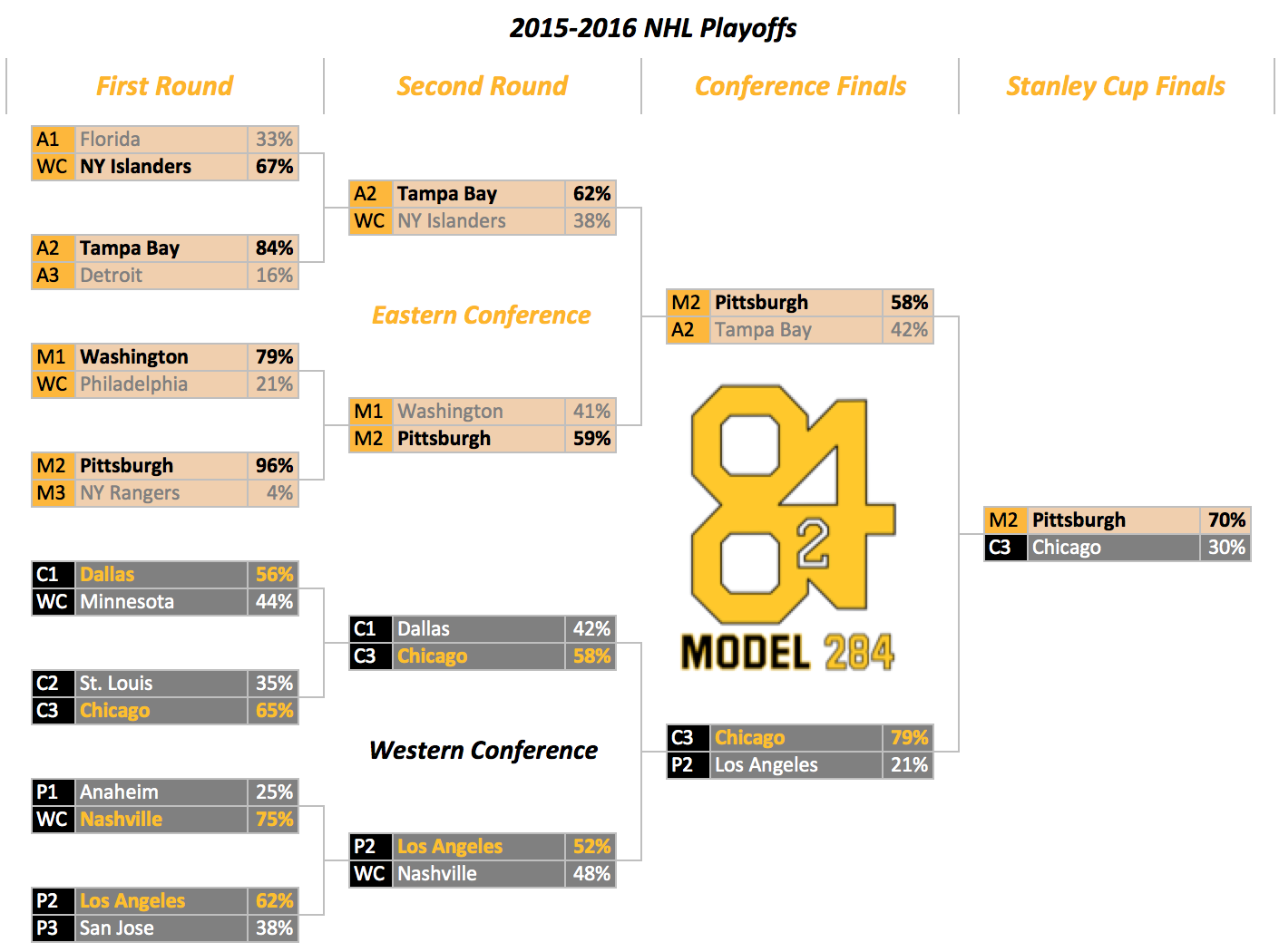