We use team statistics from the regular season to predict win probabilities and point spreads for NFL playoff games. We have a number of different models that are used to predict each game, and we build off of the first round matchups to create predictions all the way through the super bowl. Below are our predictions for this year’s playoffs. 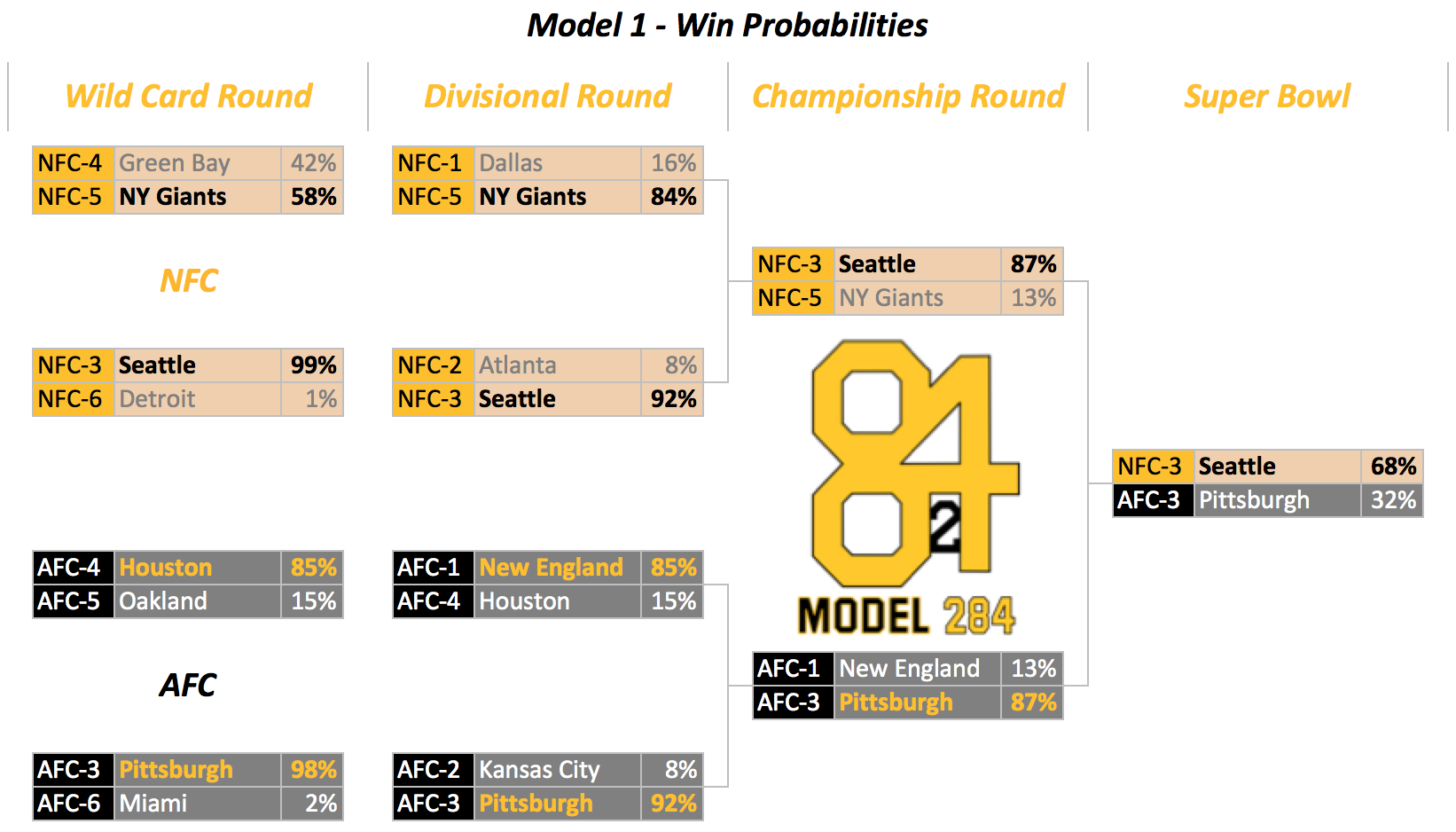 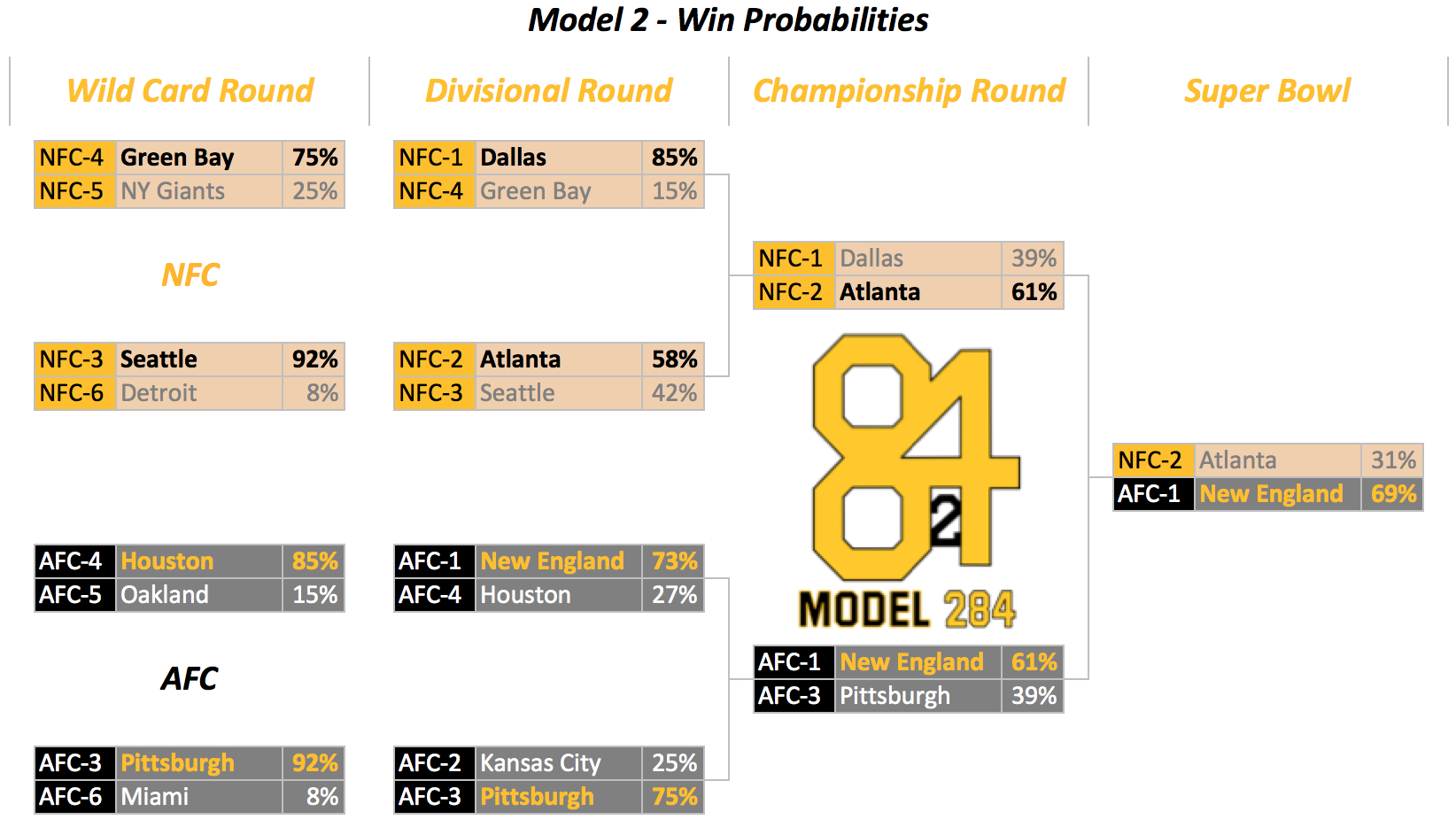 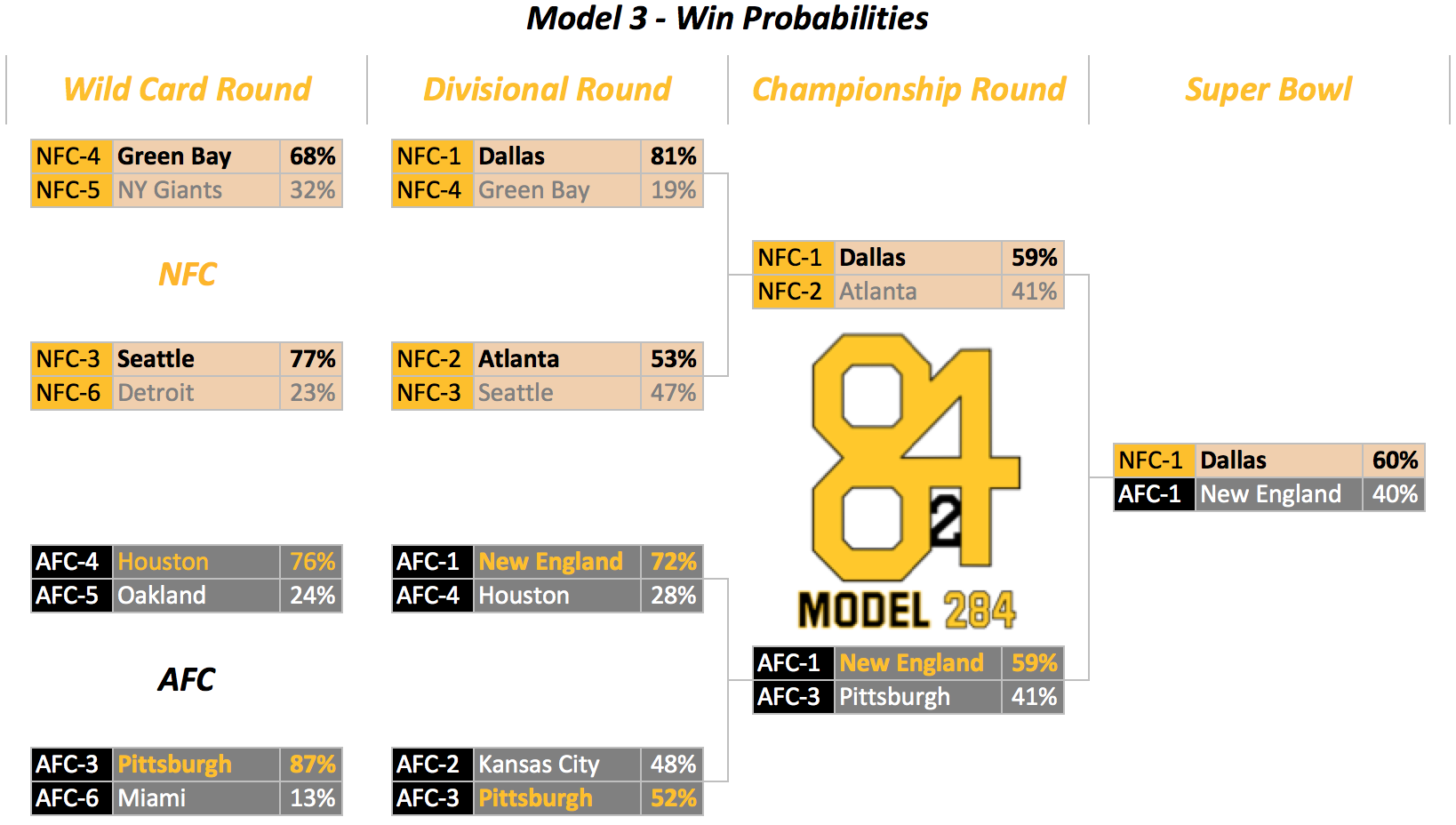 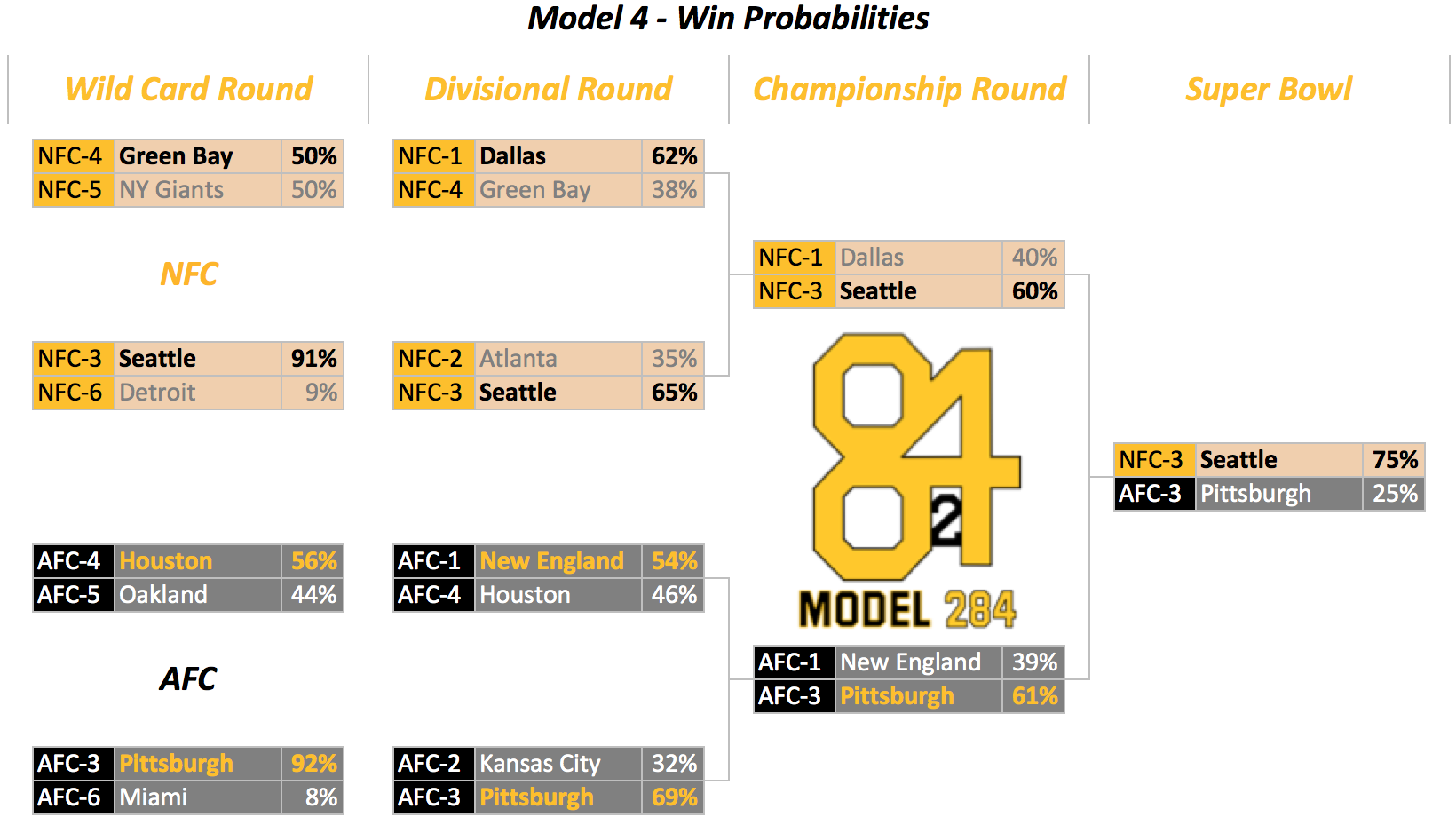 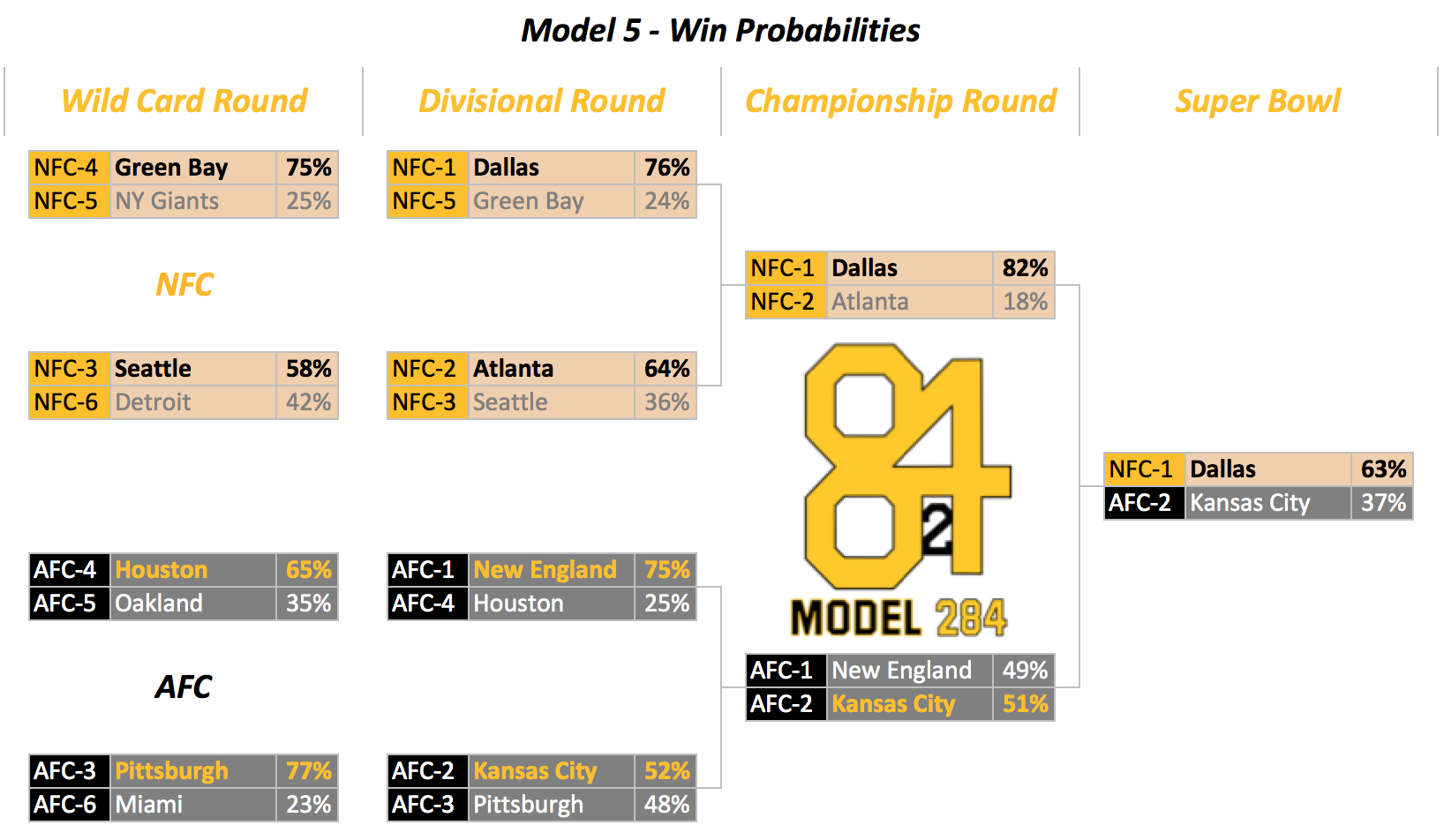